“Given that they earned seven positions on this year’s 200 Best – including two in the top 20 – there’s no denying that Amdur Productions is one of the nation’s top art fair promoters. This year, the Port Clinton Art Festival reclaimed the organization’s highest ranking, having briefly ceded that honor to the Chic ago Botanic Garden Art Festival in 2014.

Held in the upscale Chicago suburb of Hgihland Park, this event pairs an estimated 250,000 annual visitros with approximately 260 exhibitors – a 1,000-t0-1 ratio that works out nicely for many of the selected artists each year. With more than three decades of history behind it, the festival continues to succeed in part because of Director Amy Amdur’s unquestionable expertise at producing finely tuned shows and finding creators that local art buyers will adore.

Those who placed Port Clinton on their ballots were unanimous in reporting $5,000-$10,000 in revenue. At the same time, those who do well here often stress the importance of having Chicago-area buyers, not to mention work that will appeal to high-end Windy City tastes.” 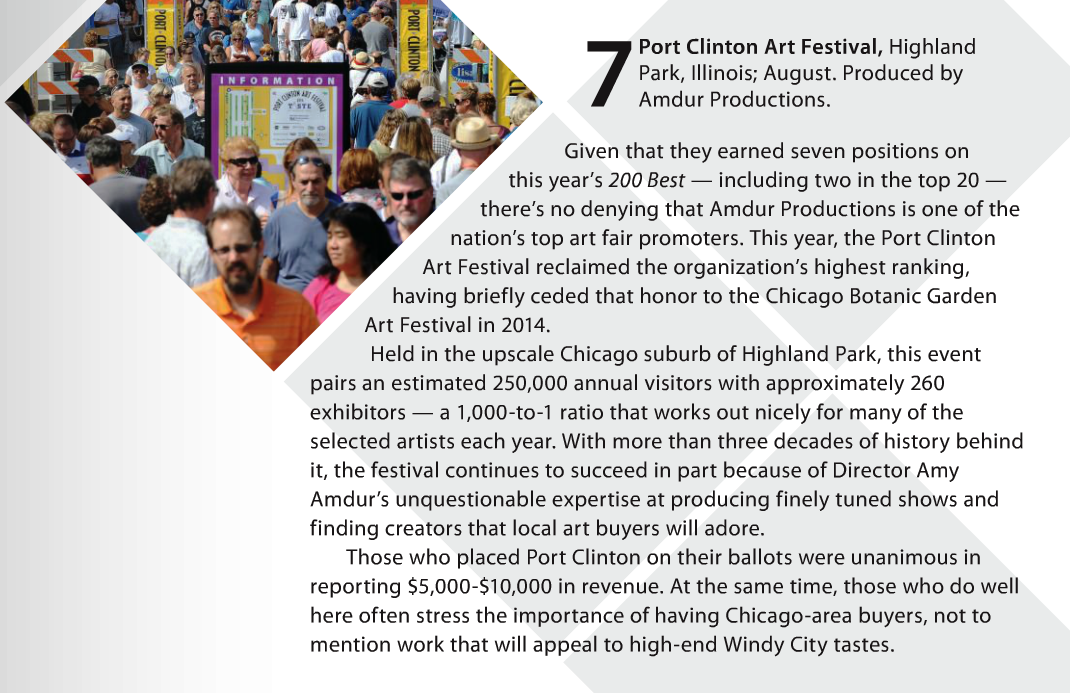