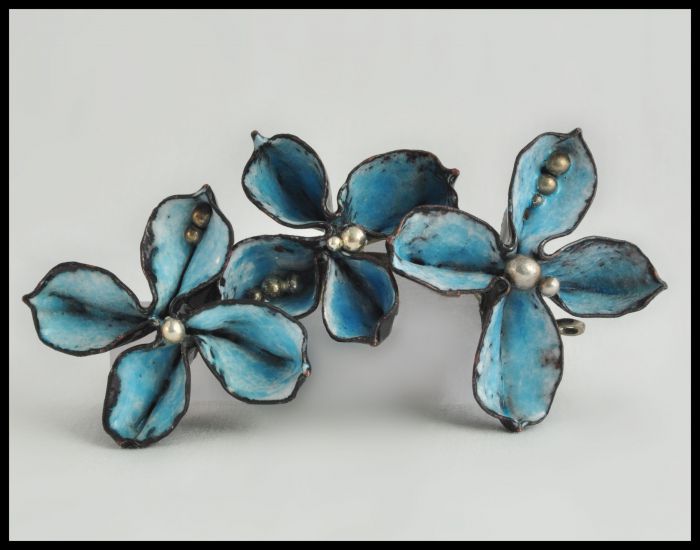 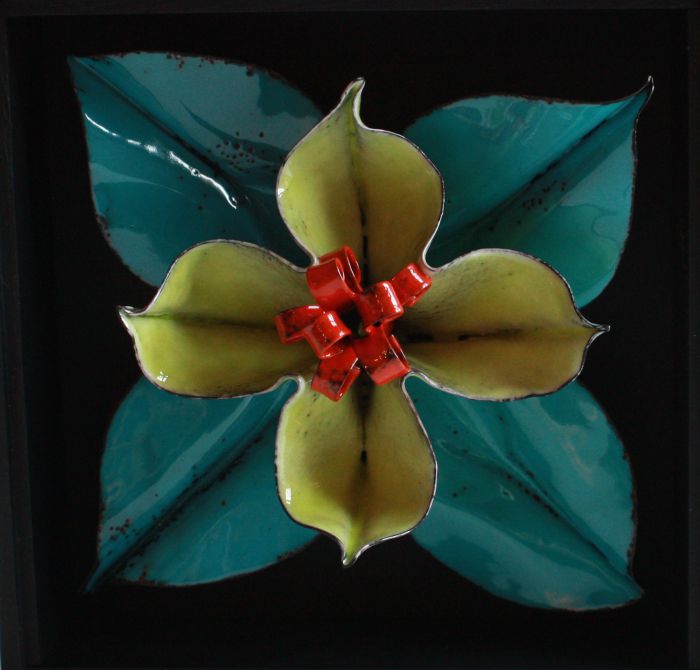 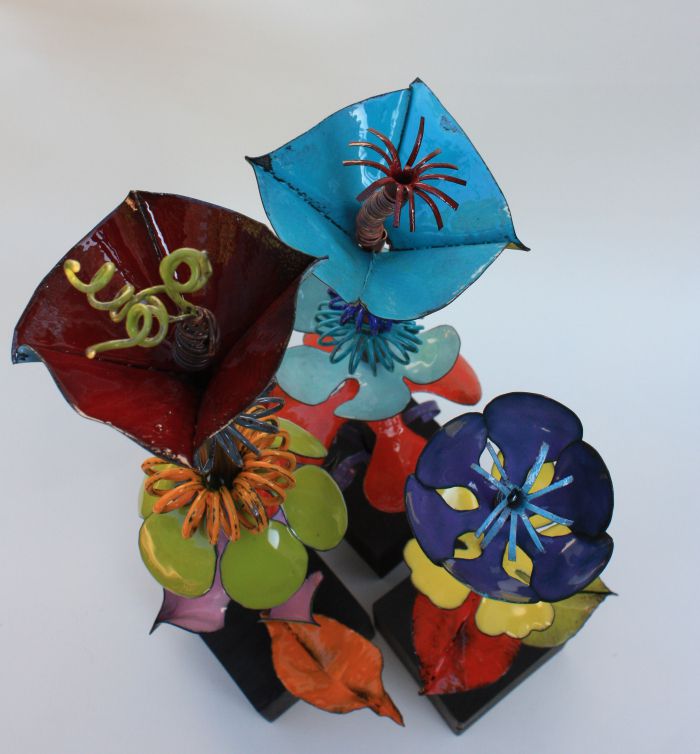 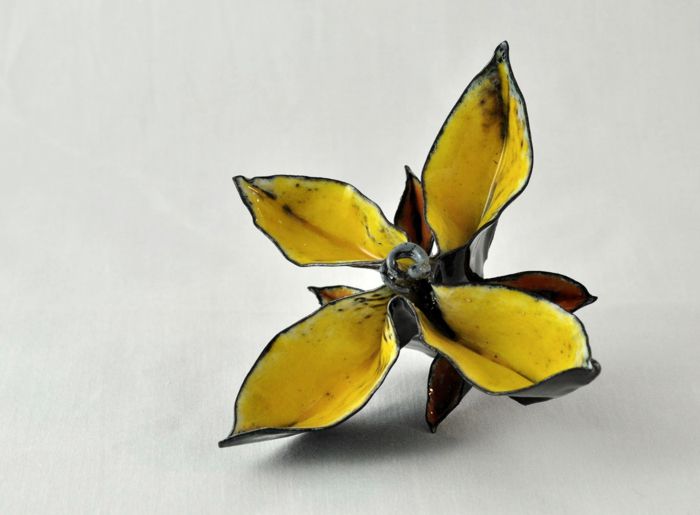 Color is the foundation for expression in my work. Solid bright and sometimes unexpected combinations of color are used to create stylized and simplified images free of overworked or complicated motifs. Form is influenced by deconstructed natural imagery resulting in straightforward sculptural elements that evoke the idea of a natural object rather than an exact replication. Influenced by Matisse and other modern artists along with a mid-century aesthetic objects are created by manipulating copper and other metals. Once a shape is formed multiple layers of crushed glass powder are applied to the metal and fired in a kiln at 1500 degrees. This process is repeated until the desired effect is achieved. Elements are then combined using a variety of unusual and sometimes quirky connections and often fired for a final time prior to being finished and mounted. It is my hope that these decorative and functional pieces infuse a lightness of spirit and joy to the everyday objects we use.